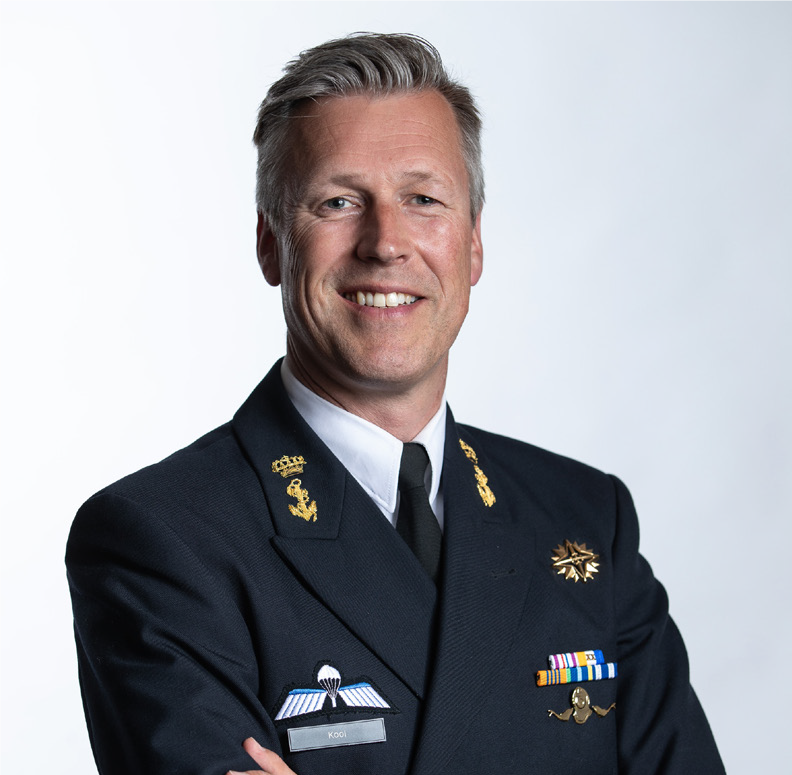 Commanding Officer, Defence Diving Group
After his military service as a marine, commander Sander Kool attended the Royal Netherlands Naval Academy for the initial officerstraining. In the years to follow years he holds various positions on board of the Royal Netherlands Navy MCM-vessels and specializes in the disposal of explosives both at sea and on land. At the Defence Explosive Ordnance Disposal Service he works as a staffofficer and EOD dutyofficer. During his career Kool takes part in military operations and exercises in the Persian Gulf, Black Sea, North and Baltic Sea and Afghanistan. From 2005 to 2008 Kool works for the Amsterdam-Amstelland fire brigade diving department. As a director in sports, Kool is affiliated to the Dutch Underwater Sports Association from 2010 to 2018. First as a member of the safety committee and from 2012 as a board member. Since 2020 Kool is chairman of the Dutch Touring Bike Union.
Sessions