Our panel discussed the latest themes which influenced the selection of papers for this year’s conference, and identified some of the questions, priorities and challenges in these topic areas.

You can view the slides from the webinar here:

This stream is an expanding element in UDT, featuring technical papers on the design of uncrewed & autonomous systems. The use of uncrewed systems across the spectrum of applications in the underwater environment were sought for the conference, in particular papers that discuss the following:

Following the live webinar, our panel have responded to audience questions which we did not have time to cover during the session. View their responses here.

Dr. Jerome Gormley received degrees in nuclear engineering from Penn State University (BS) and the University of Michigan (MSc, PhD). He earned his dolphins as an officer onboard US Navy nuclear submarines. He has held various technical management positions in government, startups, and large government contractors, including Vice President of Engineering and Chief Technology Officer. Currently he is the Director for Undersea Business Development at General Atomics Electromagnetic Systems Group.

Nils Størkersen graduated in Physics from the University of Trondheim, Norway in 1980. The same year he joined FFI and has since then been involved in various research and development activities, first as a research scientist, later also as project manager and since 1999 he holds the position as Director of Research at the Maritime System Division. Most of the research topics in his scientific career have been related to underwater technology and uncrewed systems.

Simon leads the BAE Systems’ work on the integration of autonomous and uncrewed systems with warship combat systems. In 2016 he led the engineering work of the MAPLE consortium to a successful conclusion at Unmanned Warrior 16. Prior to this, he worked as the Technical Lead for MCM and Above Water research for Dstl’s Martime Collaborative Environment (MarCE). He has worked in the early lifecycle systems engineering, technology and analysis fields for nearly 30 years. 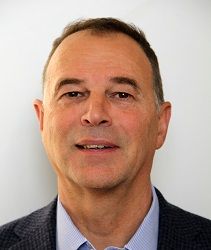 Dr Alain Maguer got his PhD in underwater acoustics and signal processing in 1986 from the University of Lyon in France. He has been working in the maritime domain for around 30 years. After his PhD, for 15 years, he worked as a signal processing scientist in Thales and the NURC and was also in charge for three years of the research team in Thales Australia. From 2002, He led both technical manager and project manager positions in the fields of Anti-Submarine Warfare (ASW), Mine Warfare and Maritime Security. He came back to CMRE in 2007 where he is currently the Head of Engineering and Information Technology Division at CMRE. His fields of interest and expertise are ASW, mine warfare, maritime security, underwater acoustics and signal processing, autonomous vehicles, underwater communication, gliders and towed arrays, scientific IT networks and data management.

If you have any queries about UDT please email us.

Catch up on our full series of webinars