Participants discussed the latest themes which influenced the selection of papers for this year’s conference, and identified some of the questions, priorities and challenges in these topic areas.

Note: Most speakers were a session chair under the Platform Design stream at UDT 2020.

Jeff graduated in Maritime Technology, and has spent 35 years working in the maritime domain on projects across the globe. His initial roles focused on research and development projects in hydrodynamics and naval architecture, involving both theoretical and experimental work into vehicle hydrodynamics, propulsor design and towed systems.

Since that time he has played a significant role in the integration of payload systems into a number of platform (surface ships and submarines) programmes, with an involvement in 6 different first of class submarine designs and a number of surface ship programmes. Alongside these platform programmes he has contributed to a large number of maritime R&D projects. In his current role as an Independent Consultant, he is involved with a number of organisations, from small startups to large companies, helping them grow their business globally.

Nigel considers himself very fortunate to have worked all his career in the underwater systems arena and to have done so with insightful people, on interesting and demanding projects when invention & experiment were seen as essential activities.  His involvement has spanned high level concept and analysis work (as Project Lead) to the management of super-specialist teams and the direction of operational and material support for submarines at Chief Engineer level.

Fundamentally an engineer with a background in the thermodynamics and fluid mechanics of powerplants and high speed propulsion, his work responsibilities have included the definition of novel underwater vehicles and their operational integration.  At Marconi Underwater Systems in the 1980s he was technical lead for very early investigations into AUVs where the issues were ‘what could and should an autonomous vehicle be asked to do’ as much as how could it be done.

Nigel is the Future Submarines & Technology Director at Babcock International Group where he is involved in future design and technology planning and in external consultancy.  He is a Fellow of both the IMechE and RINA and author of numerous papers including many presented at UDT.

Director of the CEMIS within “Naval Research”, Naval Group

Aymeric Bonnaud spent his first 25 years in the French Armament Corps in R&D projects for submarines. First Sonar designer and underwater systems teacher at ENSTA graduate school, he then managed the development of propulsion and weapons systems before joining the strategic marketing team of DCNS. He chaired at that time the NCOIC maritime IPT. He was deputy CTO for energy and underwater systems. He is now director of the Centre of Expertise for Mastering Information engineering and Signatures (CEMIS), part of "Naval Research", technological research centre of the group.

Captain Stace was commissioned into the Royal Navy in 1984.  Following academic and professional training, he qualified as a submarine weapon engineer and has seen service on a number of Fleet submarines engaged in ‘special operations’.  Following 2 charge appointments, he headed the Submarine School’s engineering department before being promoted to Commander in 2004 and serving as the Devonport Flotilla’s staff weapon engineer.

A graduate of the Joint Services Command and Staff College in 2002, he has since specialised in project, programme and portfolio leadership and management and has served as the Military Assistant to both Director Land and Maritime in the Defence Procurement Agency and Director General Ships in the subsequent Defence Equipment and Support (DE&S) organisation.  He has been the capability sponsor for future submarine communications in the Ministry of Defence and the Underwater and Electronic Warfare (UEW) Team Leader within the DE&S Ships Operating Centre responsible for a predominantly civilian staff of 120 with a broad equipment portfolio covering ship and submarine systems along with all MOD diving and life support capability.  His last appointment was in JFC where he was responsible for the delivery of capability associated with a broad range of operational ICT projects and programmes along with key assurance responsibility for Submarine strategic communications.

He has also specialised in Military Intelligence, with an early analytical posting to the capability assessment directorate within the Defence Intelligence Service (DIS) allied with submarine operations.  As a Commander, he saw further service within the DIS with responsibility for developing the concepts and operational design for both Materiel and Personnel Exploitation (MPE) and Biometrics for Operation HERRICK along with the subsequent programme delivery.  Promoted to Captain in 2011, he has most recently seen operational service in Afghanistan as the Chief of Staff to the Interagency Operations Co-ordination Centre based in Kabul, which provided intelligence and operational support to Afghan counter-narcotic law enforcement activity. 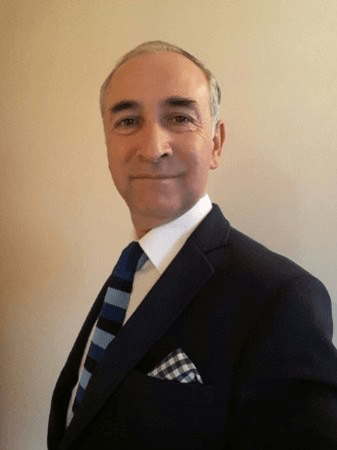 Former surface ship and submarine commanding officer in the Chilean Navy. Graduated in 1996 from the Polytechnic Naval Academy as a Weapons Naval Engineer. Specialist in submarines, Master in naval and maritime sciences and graduated from the Chilean Naval War College. Actually at Naval Group as Submarine business development Senior Manager and part of Lithium-ion batteries team as operational adviser.

This stream typically features technical and scientific papers exploring new ideas and innovations in submarine platform design. From early stage design processes, technological advancement in areas such as power and propulsion, to techniques and process associated with reducing cost and increasing platform availability during the in-service phase of the lifecycle. This webinar will focus on four key areas:

Additionally, the panel explore areas raised by questions from the audience related to the Platform Design stream.

If you have any queries please email us.

Take a look at our upcoming series of webinars